Since 1997, we have made a conscious decision to apply the single-vineyard specification only to Rieslings from our best classified sites - plots that were denoted in the 1901 Prussian tax map as being of particularly high value, and which continue to produce excellent wines to this day.

If you drink one of our single-vineyard wines, you can therefore be sure that what you have in your glass has been grown in one of the best vineyards in the Nahe region and speaks clearly of its origins. The grapes will also have been selectively hand-picked and the wine will have passed an internal blind-tasting assessment by the regional VDP association for the Nahe, underscoring its high quality and individual personality.

The Frühlingsplätzchen vineyard has a southwest-to-southeast exposure. At its steepest point, it has a 70% incline. It is little wonder therefore that the winter snows melt the fastest and that spring awakens particularly early in this vineyard. Its soils mostly consist of red slate and gravel, frequently interspersed with the red-coloured loam referred to as Rotliegend. Even at a young age, Frühlingsplätzchen will seduce you with its playful, spring-like fruit character. Its aromas are often redolent of peach and ripe apple, while fine herbal notes also tend to emerge. A few years of cellaring will lend a more pronounced minerally quality that makes Frühlingsplätzchen wines increasingly electrifying with age. 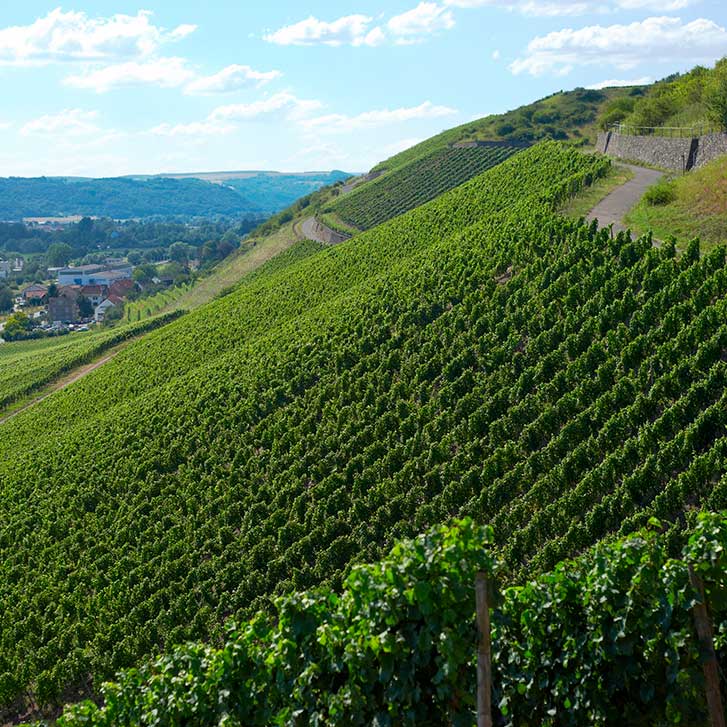 Monzingen's smallest vineyard is planted exclusively with Riesling vines, most of which belong to us. Facing south with gradients of up to 70%, Halenberg has stony blue slate and quartzite soils that put our vines through their paces - making them struggle in the summer for every drop of water. As a result, the grapes in this vineyard stay smaller and develop an especially exquisite aroma. Halenberg has an inherent, finely structured, minerally saltiness. It often reveals aromas reminiscent of ripe grapefruit and other exotic fruits. After a little ageing, it takes on its characteristically spicy, herbal personality. 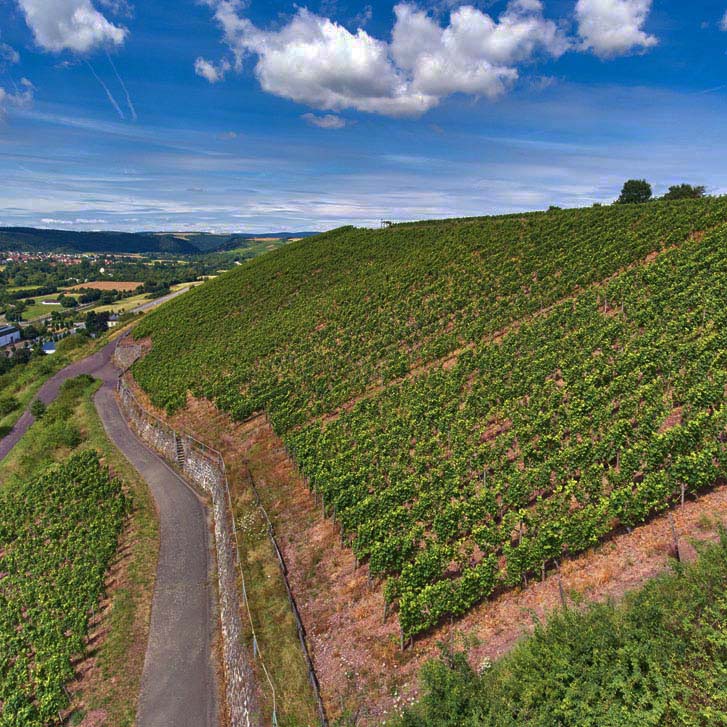 This vineyard plot is situated above Halenberg. Gravel is the dominating feature of its soil, in addition to slate. The average incline is 50%. Strong thermals mean that the vineyard is very warm despite its lofty perch.
Wines from this site have cool, stony characteristics. Auf der Ley is our most austere wine – but it also has the strongest personality. To a certain extent, it marries the finesse and elegance of Frühlingsplätzchen with the minerally intensity of Halenberg. Only after a number of years does it begin to show its true stature.